You made the decision to enroll your child (or children) in a Montessori school and you couldn’t be happier.  You see the benefits, you relish in the joy your child has for learning, and you know you made the right choice.  But for whatever reason, you may hesitate to share this with other parents.  Why do families hesitate to actively advocate for Montessori?  Here are five reasons to reconsider:

1. It’s Not a Competition

Sometimes parents might feel that if they advocate for Montessori, it’s akin to bashing other methods of education.  The truth is, it doesn’t need to feel that way.  There are many great approaches to education and Montessori is just one of them.  While Montessorians feel that the method works for most children it’s only fair to acknowledge that other methods can work, too.

Singing praises for Montessori doesn’t mean putting down other methods.  It just means you are sharing what you love about an approach to education that many teachers and parents have seen work for children. 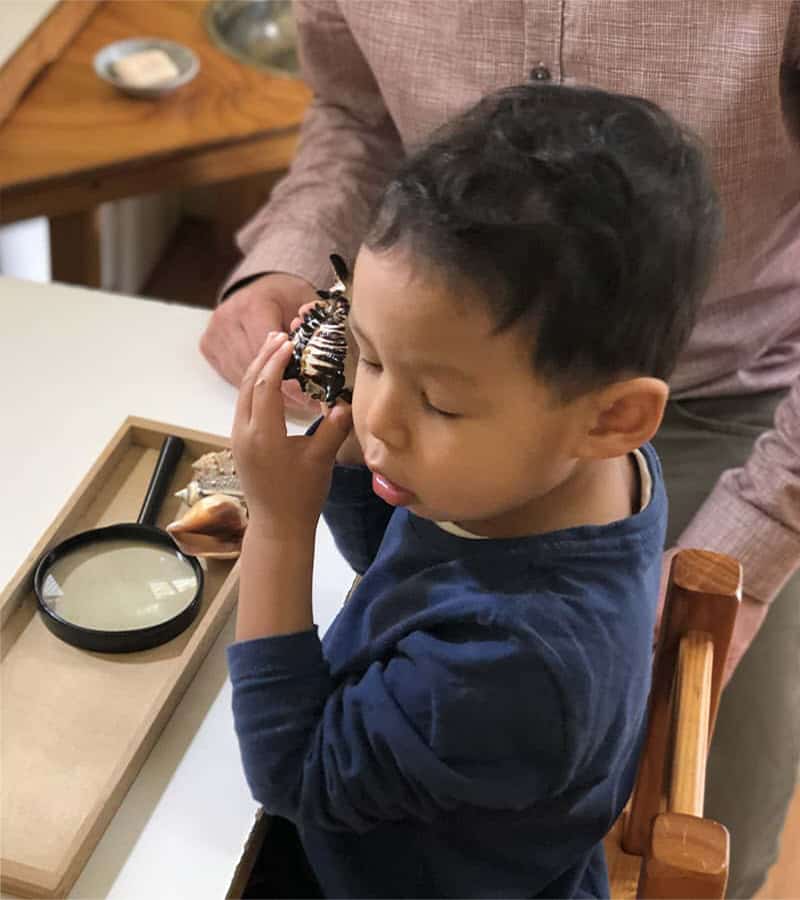 2. Your Story is Valuable

People love to hear first-hand accounts.  We tend to value the actual experiences of people we know and trust over advertising.  Your opinions and what you have to say about your child’s experience with Montessori means much more than you might realise.

Consider this: if you are about to make an important decision, do you consult the internet, a brochure, an advertisement, or your family and friends?  While there are many great sources to gather information, we all place the most value in the experiences of the people we care about.  Oh yes, and I always add, your hairdresser and your dentist.  Why?  Because we do listen to those casual encounters from happy customers.

When you choose to share your families’ personal Montessori story, you are sharing information that others will listen to.  You are telling people about a school experience that has made a positive impact in your child’s life.

3. Other Families are Looking for Alternatives

While some people are more vocal than others, many families are not content with their child’s current school.  Whether a school emphasises high-stakes testing, loads children down with hours of homework, or simply has not found a way to individualise instruction, there are plenty of parents who are actively looking for an alternative.  Even if they are not actively searching, it can give parents hope when they hear about an option that serves as a solution to many current challenges in education.

There are certainly many great schools out there, and some of those use conventional or traditional methods.  Even so, not every family may be happy with the approach for their child.  Parents of high-achieving children may notice their son or daughter becoming bored or disliking school as a result of not being challenged enough.  Parents of children who need extra support may notice the pace and structure of conventional schools leaving their child behind.  Sometimes parents will begin to question to importance of frequent standardised testing adopted by conventional schools.  Regardless of the reason, rest assured that there are many families who wish there were a better setting for their child. 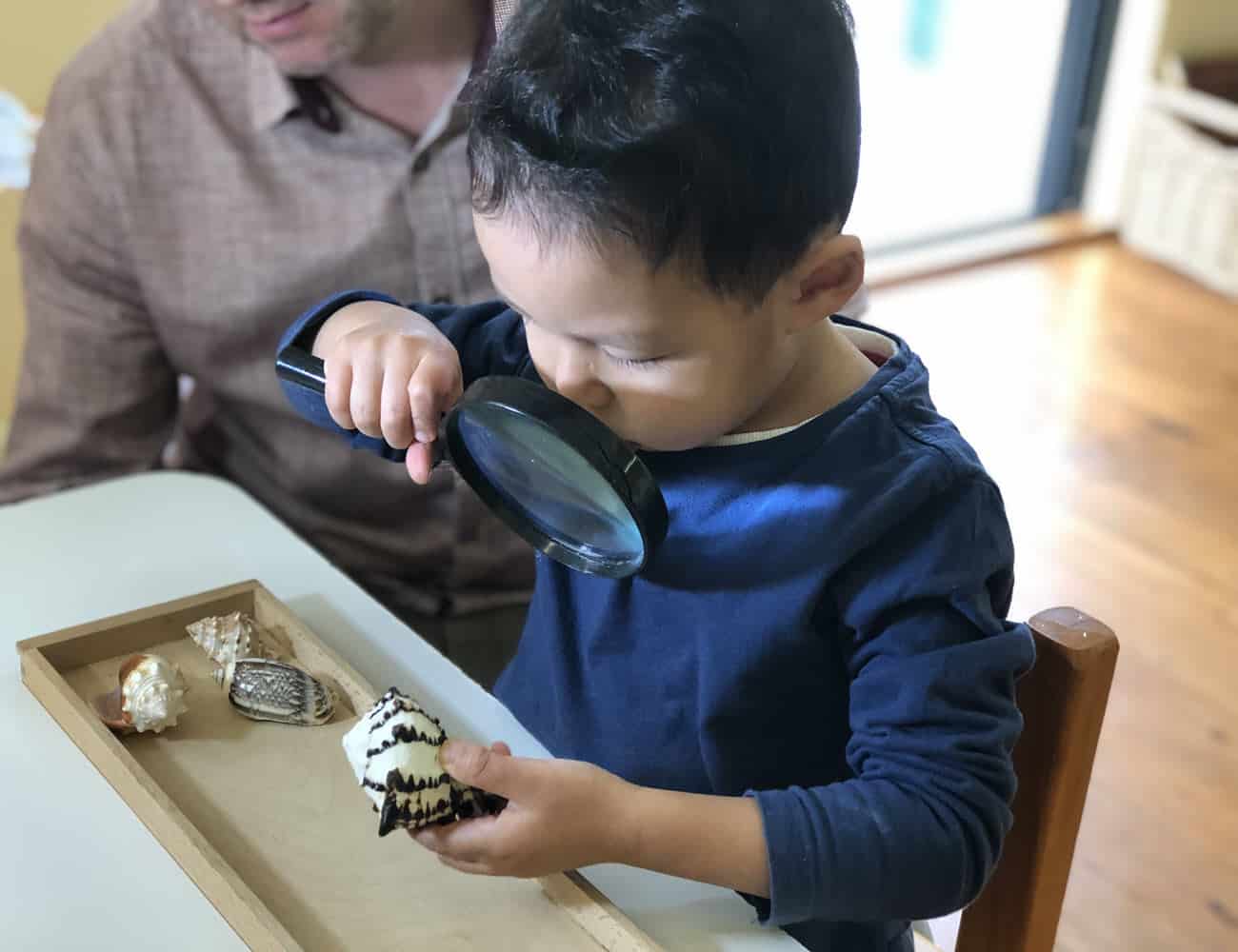 4. We Need to Debunk the Stereotypes

Sometimes people dismiss Montessori as soon as they hear the name.  There are plenty of unfortunate stereotypes that hound Montessori education.  Many of these originate in complete misunderstanding of the method’s principles, although it is easy to see where the ideas might come from if one has not actually visited a genuine  Montessori school to observe in person.

People may ask you why Montessori students get to do whatever they want.  They may insist that children need structure to feel safe and to be successful.  As the parent of a Montessori child, you have the unique position of being able to set the record straight, authentically.  You know that Montessori agreed that structure is important for children, but she saw the value in choice as well.  The key is to give children choice within limits, thus providing boundaries while also giving the empowering opportunity for children to learn how to trust their own judgement.  It’s a lot like how, as parents, we often give our children two choices: both will satisfy our own goals but the child is left with some say in the decision.

A lot of people have concerns regarding a child’s eventual transition from a Montessori school to a conventional high school.  They worry that the safe bubble a Montessori community can provide will fail to prepare them for ‘the real world’.  On the contrary, Montessori tends to prepare children better for ‘the real world’ than many other methods of education, and its graduates go on to be beacons of innovation, kindness, and contributors to their communities.  Montessori classrooms teach children to work independently and cooperatively, and not just with children their own age.  Montessori guides children to cultivate their own independence, as well as time management skills and internal motivation.

There are plenty of other Montessori myths out there, including that it is religious-based, not academically challenging enough, or too expensive.  Your personal experiences and knowledge might serve as a way to educate others on the way a Montessori school really operates.

It helps to remember that Montessori is not a new approach.  Dr. Maria Montessori developed her methods over a hundred years ago.  They are based on scientific observation and a deep understanding of child development.  Montessori is not a fad, but an approach  that is increasingly being recognised as a proven way to address the outdated conventional model of education.  Not only has it stood the test of time, neuroscience is now backing what Dr  Maria Montessori’s research revealed all those years ago about how children learn best.   What’s more – Montessori is spreading around the world with new schools opening every year.  Montessori is considered an alternative approach by many, and while it is still not widely understood by the general population, its popularity is increasing.

As a Montessori parent, your voice is important.  If you love the opportunities your child has had, why not share the love?  You might just make a difference in the life of another child and their family.

Want to learn more? Come along and see our classrooms in action! Book a tour today.