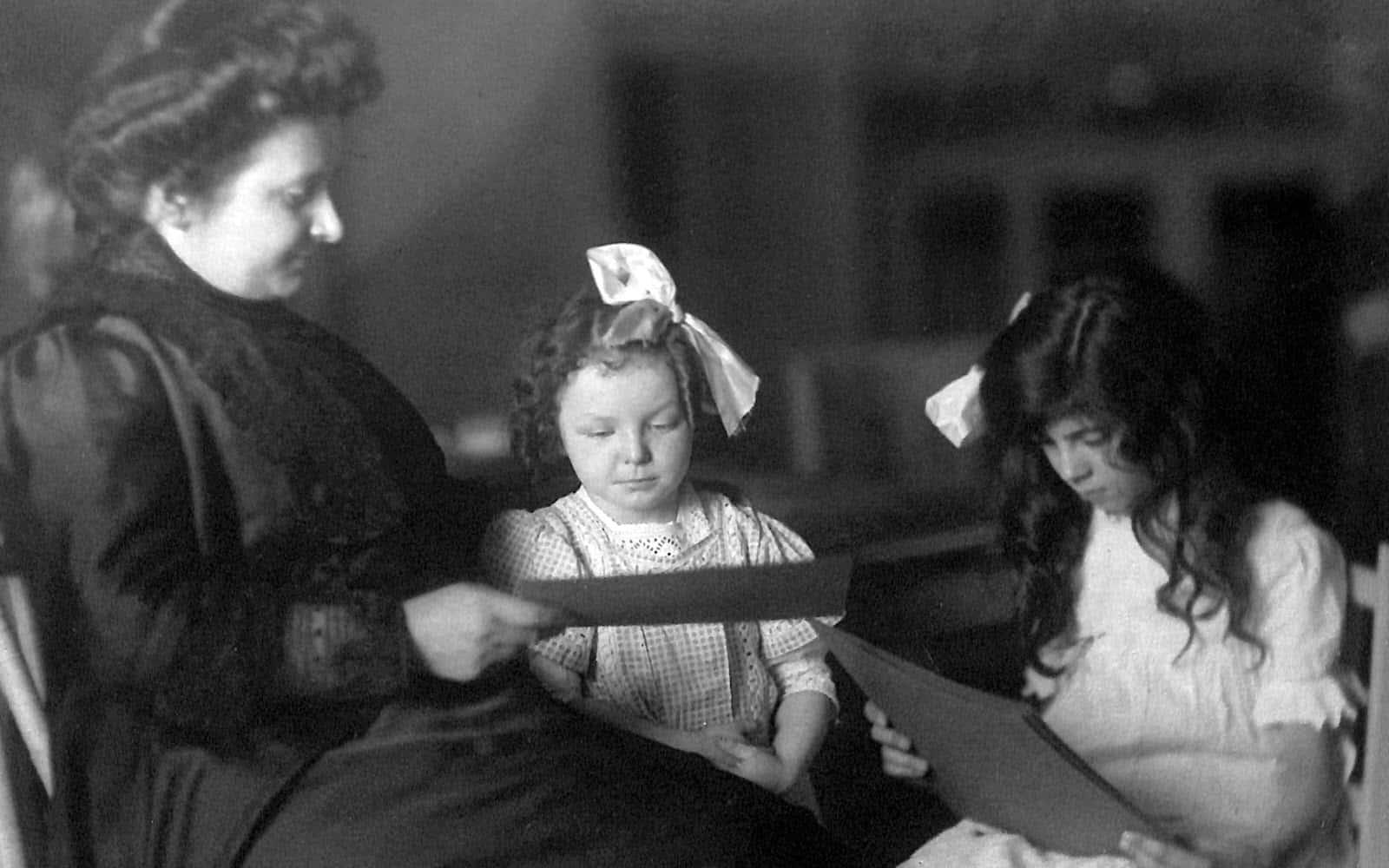 150 Years: Supporting the Growth of Montessori for All Children

This article is part of a series that we will share throughout the 2020-2021 school year to celebrate the 150th birthday of Dr. Maria Montessori. Check back often for more posts that reflect on the past, present, and future of Montessori education.

If you’re reading this article, you are likely already a champion of Montessori education. At the very least, you’ve heard anecdotes or read other articles that have piqued your interest and you want to learn more.

We truly believe that Montessori is an excellent option for children. Beyond that, we believe the philosophy has the power to change the world. Montessori was an advocate for peace, equality, and respect for human beings, no matter their age or abilities.

Maria Montessori’s earliest work centered on children who were marginalised by the society they lived in. She believed that lifting up all members of a society was best for everyone. Today, the vast majority of Montessori schools across the globe are independent schools, leaving access to this important model generally limited to those who can afford it.

What can we do to ensure Montessori is available for everyone? The search for a solution is ongoing, but the journey is a critical one that we must continue to work toward.

How It All Began

At the onset of the twentieth century, a newly graduated Dr. Montessori was put in charge of the Orthophrenic School in Rome. Prior to her arrival, the children who lived there were essentially tucked away from the rest of society in a dull and unstimulating environment. Physicians today may have diagnosed these children with learning disabilities, autism, or other disabilities that caused them to present slightly outside what was considered ‘acceptable’ at the time. These disabilities were not understood, so the solution was to simply send the children away.

Montessori and her colleagues would not accept the environment as it was left to them. They quickly began observing the children, learning more about their needs, and developing activities and materials that helped develop and nurture the senses as well as teach valuable practical life skills. The children soon learned to master activities such as preparing their own meals, and eventually moved on to academic pursuits within the school. After some time, many of these children were able to perform as well as ‘typical’ students on standardised tests.

Shortly after her time at the Orthophrenic School, Montessori was called upon to begin a school in a low-income neighborhood in Rome. The resident parents of young children had to work long days, and since the children were too young to attend grade school, they were left to fend for themselves at home. This resulted in general disruption and chaos, so the manager of an apartment complex thought a primary school could be the answer.

Casa dei Bambini was established in 1907. Once again, Dr. Montessori set to creating materials and lessons that supported the development of the children’s senses and practical life skills. This soon expanded to math, language, and other subject areas. She found it critical to meet with the children’s mothers on a regular basis, so that they may be informed about the learning that was taking place.

It quickly became apparent that not only was this education a positive experience for the children, it was having a profoundly positive impact on the families, and in turn, the entire neighborhood.

Montessori education continues to flourish today, well into the twenty-first century. In countries across the globe, parents seeking something different than conventional education methods turn to Montessori.

Estimates state there are approximately 20,000 Montessori schools globally, with about 300 of those in Australia, all independent school.  In the United States there are 5000 schools.  Recently there has been a shift to public schools with roughly 10% of US Montessori Schools now free public schools.  The remainder existing as independent schools.

Independent Montessori schools have great benefits although in Australia, they are not unbound by federal and state government mandates. Genuine and  high-fidelity Montessori programs like the ones offered at Forestville Montessori School must also meet ACECQA and NESA policies.   We do however, work to remain true to our philosophy by being unencumbered by a wide variety of hurdles for example high stakes testing like NAPLAN.  And independent schools are doing what they can to enroll diverse student populations.

As for public Montessori schools, there are excellent, high-quality examples across America. The trouble is, public schools face a constant uphill battle to gain autonomy from rigid district requirements, and it can be challenging for some to offer a fully implemented Montessori program.

What does this all mean? While there is an increasing interest in Montessori education, it is largely available to middle- and upper-income families, leaving lower income families with few (if any) options.

There are a number of organisations that actively support greater access to Montessori education. Here are just a few:

MSJ’s mission? “We support the creation of sustainable learning environments that dismantle systems of oppression, amplify voices of the Global Majority, and cultivate partnerships to liberate the human potential.” Their work goes beyond simply creating more Montessori opportunities for all; they strive to create a more equitable experience for all. Over the past seven years, their movement has gained widespread support as they continue to address systemic social justice issues and how they relate to Montessori education.

National Center for Montessori in the Public Sector

From their website: “The National Center for Montessori in the Public Sector is an independent non-profit organisation supporting the growth of public Montessori with tools and resources, training and orientation, and direct school services.” NCMPS strives to support schools and educators in providing high-quality Montessori education in public schools across the United States. They also release a print and digital news and information source three times annually. More information on that can be found at https://www.montessoripublic.org .

The Wildflower network was born out of one parent’s desire to open a small, independent, neighborhood school that would serve local children. The organisation has blossomed into a decentralised network of independent microschools that honour principles such as authentic Montessori instruction, shopfront microschools (1 or 2 classes) led by teachers, innovation, strengthened connections with the home, and a commitment to equity. Wildflower was not necessarily created as an answer to the lack of Montessori for all, but the model lends itself to solving access issues. Many of the schools are opened by teacher-leaders with this goal in mind. One great example is that of Janet Begin’s  work in Haverhill, Massachusetts.

What You Can Do?

While there is certainly progress being made, there is still lots of work to be done. Here are some ideas on how each of us might contribute.

Why don’t we start a 150 Years Montessori campaign at Forestville Montessori School?  It would be fully tax deductible and we could start to make a difference.  Make your pledge today, $150 for 150 Years.  If 100 people donate $150 then we’ll have enough money for one full year’s tuition.  Let’s start today!