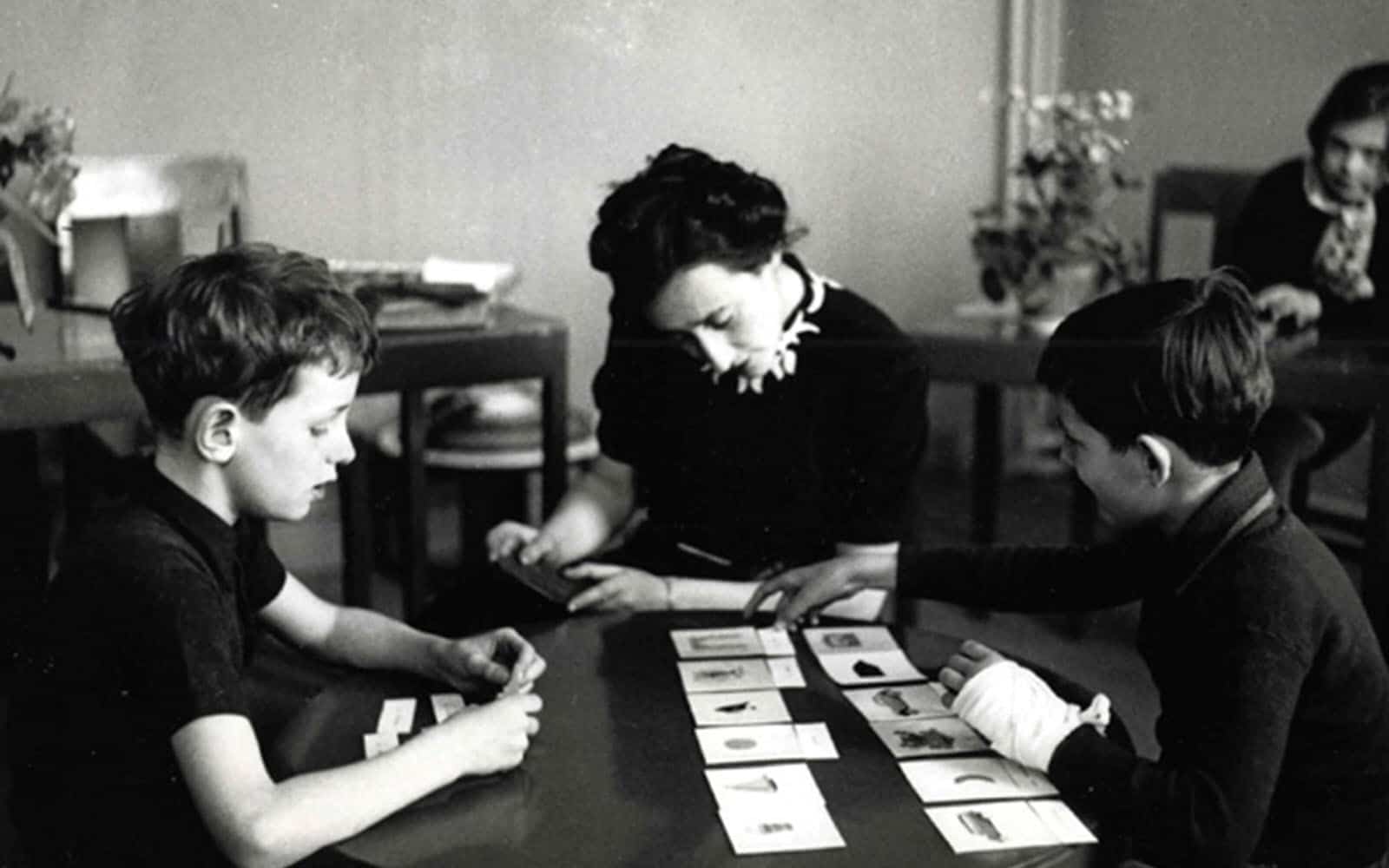 By Denice Scala4 March, 2021No Comments

“Choose to challenge“ is the 2021 International Women’s Day theme, celebrated on Monday 8th March.  If there’s one woman in history who did just that it’s Maria Montessori.

We would like to share a little bit about the woman herself, the course this remarkable educational movement has taken, and where we are today.

Education, Service, and Drive, From the Start

In a seaside town in Italy, Maria Montessori was born in August of 1870. At the time, education was not always readily available for girls and women, and was certainly not emphasized. Her father Alessandro was a man with fairly conservative views, but Montessori’s mother Renilde was rather well educated herself. Well into her young adulthood, Maria’s father often disapproved of her life decisions, while her mother encouraged them. (He did, fortunately, seem to have a change of heart later on.)

Even as a child, a deep sense of service was instilled in Maria by her parents. She knitted for and spent time with those in her community that were less fortunate. She was tasked with cleaning the floor of her family home, a chore which she likely took great pride in.

Maria’s family moved when she was young due to her father’s work, and they eventually ended up in Rome, where she began the first grade. Schools in Rome at the time were far superior to those elsewhere in Italy, so her educational advantages began early.

At a certain point, school and learning became much more important to Maria. It is said (and referenced in a biography by Rita Kramer) that she once took a mathematics book with her to the theater so she could study during the performance. One thing she was certain of: she would never become a teacher.

For a while, young Maria aspired to be an engineer, but later decided she would rather attend medical school. At the time (unfortunately but perhaps unsurprisingly) women were not permitted in the university program. Not to be dissuaded by an initial rejection, Montessori took and passed the entrance exams and continued to ask for admittance until she received ‘yes’ for an answer.

During her years at the university, Montessori faced constant discrimination due to her gender. She was not permitted to enter lecture halls at the same time as her male counterparts or study cadavers alongside the other medical students. (They felt it improper to be in the presence of a dead, naked body with a woman.) She wasn’t even allowed to walk to school without a male chaperone, who was, of course, her disapproving father.

Despite it all, Maria Montessori did become Dr. Montessori. Over the years she gained the respect of many of her university peers, faculty, and family members.

A Winding Path to a Visionary Model

Early in her career, Montessori was assigned to work in a psychiatric hospital. Children were treated there alongside adults, and Montessori was struck by the sheer lack of stimulation available to the children. She began working with the children and soon realized their cognitive capabilities far exceeded what they were assumed to be able to accomplish.

Not long after, Montessori was asked to start a school in an impoverished neighborhood in Rome. In an apartment complex, the parents were forced to go to work each day and leave behind their children who were too young to be in school yet themselves. This led to a natural progression of unruly behavior, thus leading the apartment manager to seek a solution.

Montessori opened her school on the first floor of one of the apartment buildings. It was called Casa dei Bambini (Children’s House) and provided a place for the little ones to use their time productively, while also allowing Dr. Montessori an opportunity to develop her now infamous materials and methods. She believed that young children learned first through the senses, and her materials were created specifically to allow children independence in the journey to refining them.

Not only were the children of this first Casa privy to the materials; they also were the first to experience Montessori practical life lessons. They helped to prepare and serve their own meals. They polished the silver and cut and arranged the flowers. They learned polite social norms through intentional modeling and lessons in grace and courtesy. They began to take pride in their work, their community, and their home. Montessori recruited a woman who was a resident of the complex to become the teacher, and the children’s mothers met with her regularly to discuss progress.

The results were astounding. This work done with the children slowly trickled outward so that it positively affected the entire neighborhood. Visitors came to the school and were amazed at how focused and engaged the children were with their work. No one had ever seen anything quite like it before.

Montessori’s work and ideas spread quickly as more and more people visited Casa dei Bambini. Requests were made to open new schools elsewhere, and Montessori soon found herself training teachers, producing copies of her materials, and giving lectures around the world.

Throughout her life, Dr. Montessori’s work never ended. Though she began with a focus on children aged 3-6, during different times in her life she focused on developing methods and materials for primary aged children, infants and toddlers, and adolescents. She was a fierce advocate for the preservation of the methods she had worked tirelessly to create. She was, after all, a woman of science. Each material, each lesson, each approach – they were all a result of many hours of careful testing, observation, analyzation, and refining. It was understandably important to her that the movement that bore her name moved forward in a way that honored her high standards.

Montessori Education: Where It Stands Today

We’re proud at Forestville Montessori School to be one of the  tens of thousands of Montessori schools across the globe.

Current scientific research in areas of learning, brain development, and human development are repeatedly confirming what has already been known by over a century of Montessori education.

What might the next decade bring? Shifts in our common goals for education and what developing children need just may be the push our society needs to fully embrace what’s been working for so many families for such a long time.

We’re glad to have you on this journey with us.