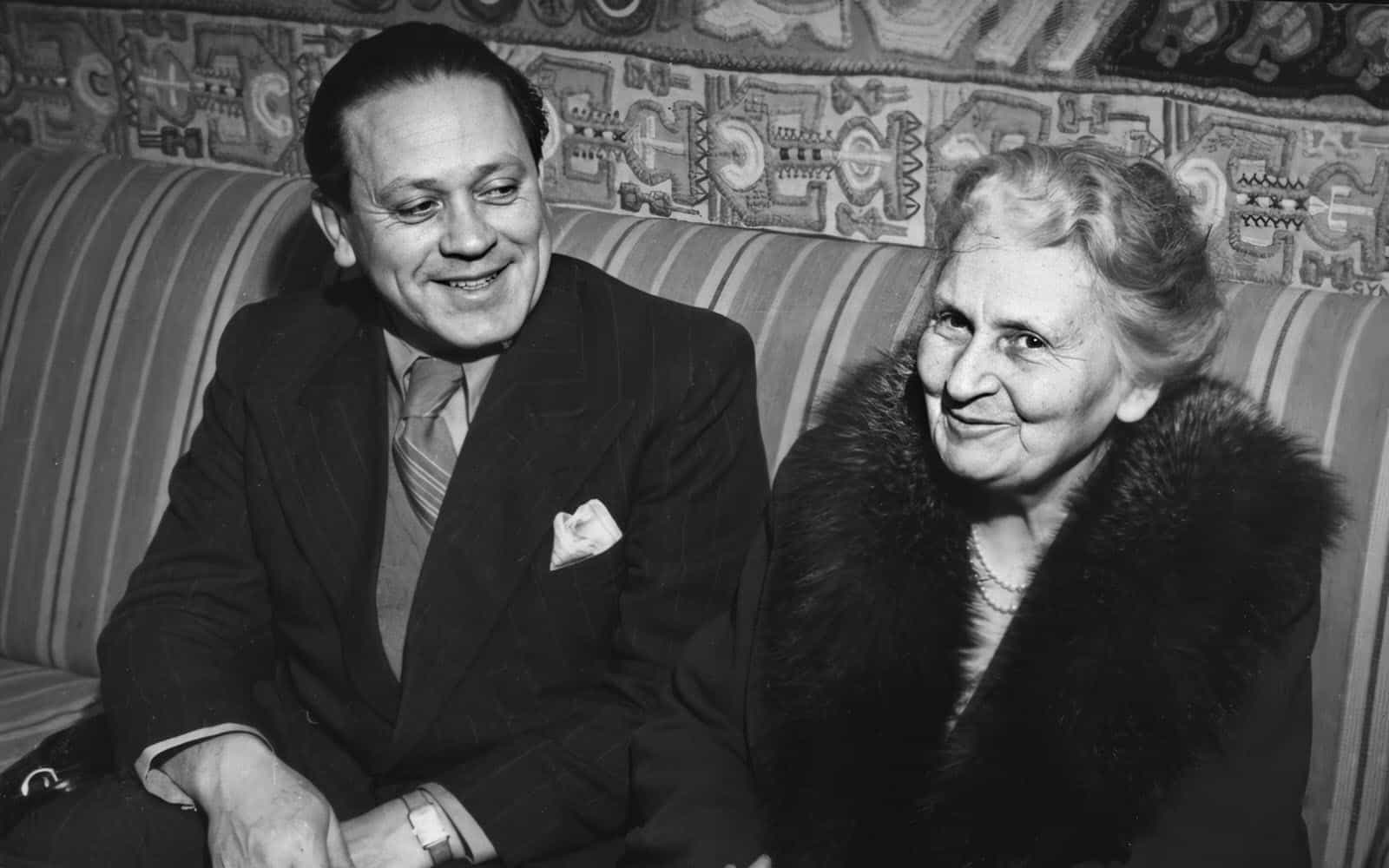 Who Was Mario Montessori?

This article is part of a series that we will share throughout the 2021 school year to celebrate our 40th anniversary as we reflect on the past, present, and future of Montessori education here at FMS.

Did you know that the first teacher in 1981 at Forestville Montessori School for the primary years was Paul Seibel?  Paul trained at the International Centre for Montessori Studies in Bergamo Italy.  The Centre was established for primary training (called Elementary in other countries) in 1961 by Mario Montessori, Maria’s son.  This is also the Centre where Anthony Milano and Xarifa Gabales were trained.

Obviously you’ve heard of Dr. Maria Montessori, but did you know that her work was a family affair? Her son Mario Sr., and his son, Mario Jr. (as well as numerous other relatives) have worked hard to carry on the Montessori education tradition.

In 1898, Maria Montessori gave birth to her only child, Mario Montesano Montessori. She had been involved in a romantic relationship with the boy’s father, Giuseppe Montesano, a fellow medical doctor. The couple never married, and due to familial and societal pressures of the time, young Mario was sent to live with another family. His mother visited him often, although she didn’t reveal she was his mother until later in his childhood. As an adolescent, he realised the truth and went to live with her, although the general public recognised him as an adopted son or other relative for years.

After traveling with his mother while she worked around the world, he eventually stayed in the United States and, at age 18, got married. He opened a well-known Montessori school in California, and with his wife Helen and his children, eventually moved to Spain to live with his mother. Although he and Helen eventually divorced, they had four children together: Marilena, Mario, Rolando, and Renilde.

Mario and his mother worked together closely for the rest of her life. Their relationship was fascinating, and his daughter Marilena wrote about him with great affection and respect (link below). He worked hard to support Dr. Montessori as she explored and furthered her methods, and at many times he contributed to them as well. He worked alongside her to train teachers, handle logistical matters, and nurture her ideas. 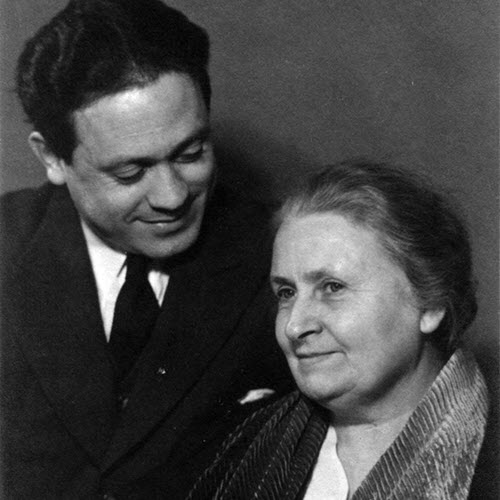 Mario is well-known for having contributed many ideas and creative elements to the elementary and cosmic education portions of the Montessori approach. He became the director of AMI (Association Montessori International), the organisation he and his mother formed in an effort to preserve the integrity of Montessori education. Upon Maria’s death, she appointed her son as the heir to her work, a role which he embraced fully and worked on with dedication for the rest of his life.

While he was never formally trained as a teacher, it was recognised that Mario Sr. was a born, intuitive educator. He spent his life dedicated to supporting children and refining the education methods that are still in use by thousands around the world, even today.

Mario Sr. married a second wife, Ada Pierson, who was also a devotee of Montessori education. The couple supported his mother and her work both during her life and after her death, with Pierson continuing after Mario Sr. died in 1982.

Mario Jr. was not an educator, but he made major contributions to his father and grandmother’s work nonetheless. He originally studied agriculture, but went on to specialise in psychology. This is the field he dedicated much of his life work to, but he always remained a staunch supporter and defender of high-quality Montessori education.

Mario Jr. spoke out against the injustices of a law in the Netherlands that prevented three-year-olds from attending school, therefore preventing them from benefiting from the first year of a Montessori primary education. He also created an organisation for Montessori quality control in the Netherlands after observing misuse of the methods in his son’s classroom. He felt strongly that the methods must be used as originally intended in order for children to benefit from them.

Mario Jr. and his wife had five children, some of whom are also involved in the family’s educational work.

To learn more about Mario Sr., Mario Jr., and the rest of the Montessori family, check out the following links: